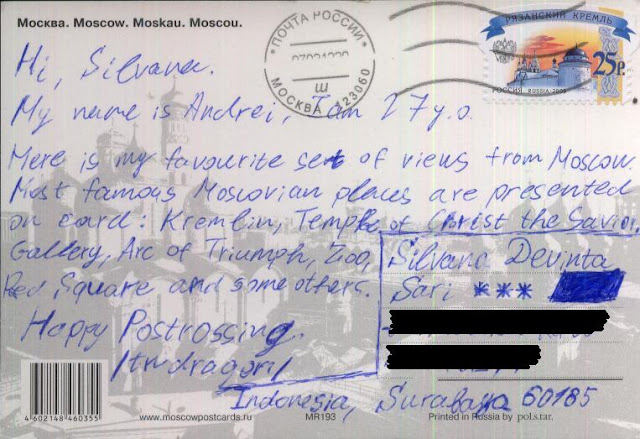 The Cathedral of Christ the Saviour

The Cathedral of Christ the Saviour (Russian: Храм Христа Спасителя, Khram Khrista Spasitelya) is a church in Moscow, Russia, on the northern bank of the Moskva River, a few blocks south-west of the Kremlin. It may be the largest Orthodox church in the world. The building is magnificent, but not as old as it looks: it was rebuilt in 2000 after the original was demolished by Stalin.

History
The idea for this church dates from the early 19th century. When the last of Napoleon's soldiers left Moscow, Tsar Alexander I signed a manifesto dated December 25, 1812, declaring his intention to build a cathedral in honor of Christ the Savior  "to signify Our gratitude to Divine Providence for saving Russia from the doom that overshadowed Her" and acts as a memorial to the sacrifices of the Russian people.
It took some time for actual work on the projected cathedral to get started. The first finished architectural project, by Aleksandr Lavrentyevich Vitberg, was endorsed by Alexander I in 1817. It was a flamboyant Neoclassical design full of Freemasonic symbolism. Construction work was begun on the Sparrow Hills, the highest point in Moscow, but the site proved insecure.

Alexander I was succeeded by his brother Nicholas. Profoundly Orthodox and patriotic, the new Tsar disliked the Neoclassical design that had been endorsed by his brother. He commissioned his favourite architect Konstantin Thon to create a new design, taking as his model Hagia Sophia in Constantinople, Turkey. Thon's Russian Revival design was approved in 1832, and a new site, closer to the Moscow Kremlin, was chosen by the Tsar in 1837. A convent and church on the site had to be relocated, so that the cornerstone was not laid until 1839.

Construction began in 1839 and the cathedral didn't emerge from its scaffolding until 1860; elaborate frescos by some of the best Russian painters continued in the interior for another 20 years. The cathedral was consecrated on the day Alexander III was crowned, May 26, 1883. A year earlier, Tchaikovsky's "1812 Overture" debuted there.

After the Revolution, the prominent site of the cathedral called out for redevelopment by the Soviets, who planned to replace the church with a monument to socialism, known as the Palace of Soviets. It would rise in modernistic buttressed tiers to support a gigantic sculpture of Lenin, arm raised in blessing, perched atop a dome. On December 5, 1931, the Cathedral of Christ the Saviour was dynamited and reduced to rubble.
Funds for the largest building in the world remained unavailable, however. A foundation hole gaped on the site until under Nikita Khrushchev it was transformed into a huge public swimming pool.

With the end of the Soviet rule, the Russian Orthodox Church received permission to rebuild the Cathedral of Christ the Saviour (February 1990). A temporary cornerstone was laid by the end of the year.
A construction fund was opened in 1992 and foundations began to be poured in the fall of 1994. The lower church (Church of the Transfiguration) was consecrated in 1996, and the completed Cathedral of Christ the Saviour was consecrated August 19, 2000.

Compiled from: wikipedia and http://www.sacred-destinations.com

Arc de Triomphe
At first i thought Arc de Triomphe is in France, totally wrong since there's also one beautiful memorial monument. It is located in the west of the busy street in central Moscow. It looks like the one in Paris but just slightly smaller body. These two are the Arc de Triomphe to commemorate the war and built the same.

History
In 1812, Napoleon led the 640,000 troops stormed the Moscow, and set fire to city, he thought he won. And Moscow before the arrival of soldiers and civilians in the implementation of the invading Napoleon, Napoleon’s army to Showtime from the reactive to retreat, and in the way Napoleon’s withdrawal to attacks frequently, combined with cold, forage is not following, so take Napoleon suffered terribly, causing heavy casualties. Moscow of course, won. This is the party’s position on the historical frequently.

1814, to celebrate the victory over the military genius of Napoleon and the Russian soldiers returned from the expedition in Western Europe, Moscow, Tver points in the establishment of a wooden Arc de Triomphe. Later, the gradual decay of wooden Arc de Triomphe. Twists and turns before the Kutuzov Street and built a triumphal arch had exactly the same.

Moscow’s Arc de Triomphe was built in 1829, lasted five years completed. This triumphal arch 28 meters high, is to follow the style of ancient Roman triumphal arch of Constantine built. Gates were erected on the base six groups of 12 columns. With cast iron cylinder, 12 meters high and weighs 16 tons. Standing between the cylindrical shields and spears of the warriors, warriors head on the walls reflect the Russian military relief operations with the French army. Arc de Triomphe at the top are placed six horse with wings on back of Triumph car, the car sat the goddess of victory, were holding her right hand high laurel wreath, facing the entrance to the city. The next warrior, holding a sword, or laurel wreath and olive branch, symbolizing the victory of peace. Post between the four Russian soldiers, wearing armor and holding a shield gun, finger engraved “expulsion of the French, the liberation of Moscow”, lintels decorated with Napoleon’s army to fight the 44 Russian cities, the city landmark. The Arc de Triomphe with Whitehead veneer, the black cylinder against the background of eye-catching.

Arc de Triomphe towering spectacular, brilliant recorded history. It stands in the middle of the road, silently guarding the gateway to Moscow, witnessed the vicissitudes than 170 years of change.

Copy and Paste from: http://triumphalarch.info/arch-of-triumph-moscow/
Red Square began life as a slum, a shanty town of wooden huts clustered beneath the Kremlin walls that housed a collection of peddlers, criminals and drunks whose status left them outside the official boundaries of the medieval city. It was cleared on the orders of Ivan III at the end of the 1400's, but remained the province of the mob, the site of public executions, and rabble rousing, until much later.

The square's name has nothing to do with communism or with the color of many of its buildings. In fact it derives from the word 'krasnyi', which once meant 'beautiful', and has only come to mean 'red' in contemporary Russian. The name became official in the middle of the 17th century - previously it had been Trinity Square, due to the Trinity Cathedral, the predecessor of St. Basil's. Popularly, it was also known as 'Fire Square', reflecting the number of times medieval Moscow burned. During the Mongol and Tartar invasions, it was the site of fierce fighting, and right up until the end of the 17th century cannon stood ready to defend the square.

Red Square came into its own in the 20th Century, when it was most famous as the site of official military parades demonstrating to the world the might of the Soviet armed forces. Two of these will be remembered forever. The first was the parade of 7 November 1941, when columns of young cadets marched through the square and straight on to the frontline, which by that point was less than 50km from Moscow. The second was the victory parade on 24 June 1945, when two hundred Nazi standards were thrown in front of the mausoleum and trampled by mounted Soviet commanders in celebration. The year 2000 saw the return of troops to Red Square, with a parade to mark the 50th anniversary of the end of World War Two.

Since Perestroika, however, the emphasis has moved away from official pomp, and Red Square has been used increasingly for rock concerts, big classical music performances and a whole range of large-scale events from fashion shows to festivals of circus art. Moscow met the millennium here with a huge firework display and street party.

Today it's hard to think of a place that is more beloved of Muscovites and visitors to the city. The varied beauty of the architecture and the magical atmosphere belie the square's often brutal and bloody history, but the combination makes Red Square a truly fascinating place that you'll want to come back to again and again.

copy and paste from : http://www.moscow.info/red-square/history-red-square.aspx