I know Juraj from Google plus. He’s from Czech Republic. One day he “plus one” my postcard picture that I uploaded on google.  I click on his profile and I found out that he’s a postcard collector.  Then we both decided t exchange postcard.

I received Juraj’s postcard in early February, but I don’t know if he had received mine or not. He sent me a beautiful postcard of his favorite village which is called Sloup.  “It is located in the Moravian Karst. The village of Sloup is a crossroads of footpaths. The pominant of the village is the beautiful baroque church of St. Mary which is visited by pilgrims from far away. “ wrote Juraj on his postcard 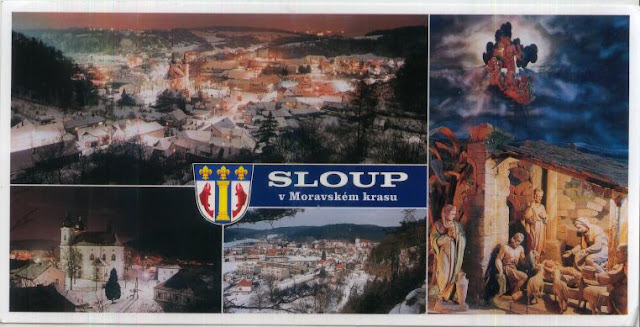