I  have received a nice postcard for my dear friend Mihai from Romania. The postcard depicts one of the new symbols of his hometown, Craiova "The Singing Fountain" in the city center. The fountain is in front of Craiova's old smbol, the statue of Romania's first unifier, Mihai Viteazul (Michael The Brave). 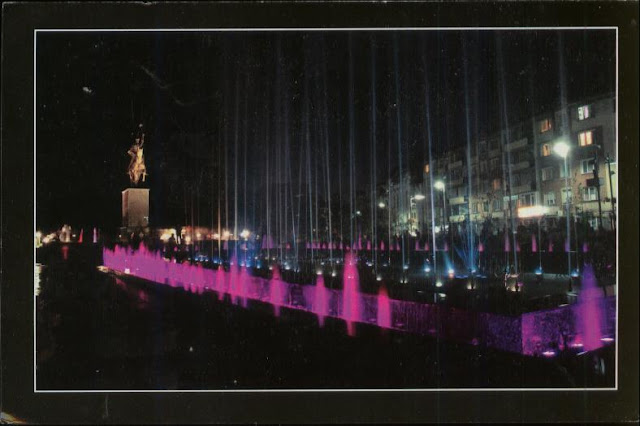 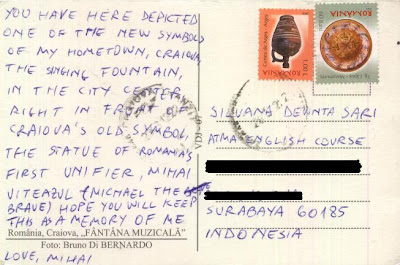 We’ve been friends for almost 5 months. I knew him from my friend who works at the International Office for Partnership at Airlangga University. He was taking his Bahasa Indonesia lesson there. Mihai was lucky to be granted the Darmasiswa Scholarship from Indonesia Government. He studied for 6 months in Surabaya.

The relationship of Mihai and I was more than just an acquaintance. I offered him an informal part-time English teaching in the course where I work. Definitely he's a good teacher. He's patient and he loved to have fun with the students. Funny, some students were afraid of him. But as a coin there's always two sides with different picture. So did the students toward him, some were afraid but some others adored him a lot.

Apart from the teaching and lesson planning I some good time with him. We've visited some places near the city for leisure. Students also joined us, for them that moments were English speaking practice.

In early April 2012 he left Surabaya and got back home. Though we're apart but we're still in touch. May the friendship last forever.