Paolo from Piacenza sent me a postcard on March 9th 2012 a postcard with drawing of Guglielmo Marconi Monument. I don't know that Italian has a monument to honor the radio inventor. This monument which shape is an obelisk is located in the EUR (E42 District) in Rome. It is a business and residential area.

In Rome there are many obelisks, until 2005 there are 8 ancient Egyptian, five ancient Roman, and an ancient Ethiopian obelisks in Rome. These are  the ancient obelisks.  That's why Rome is famous as the harbor of obelisks. Apart from that, there are also some modern obelisks. And Marconi Obelisk is one of them.

Marconi Obelisk was built in 1959 for the 1960 Summer Olympics. It is 45 m tall and consists of 92 panels of white marble which has illustrations of Marconi's career and allegorical scenes. The obelisk was built to honor the radio inventor who has changed the world with his invention.

Guglielmo Marconi was born on 25 April 1874. He was born in Bologna. His father was an Italian but his mother was Irish. He was known to be the radio inventor and he received Nobel Prize in Physics in 1909.

Thank you Paolo for the postcard! 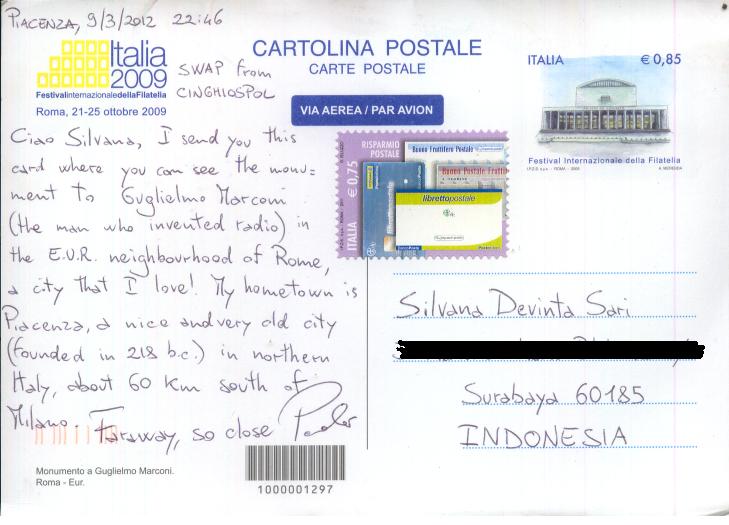